A woman from Florida faces adoption fraud charges after she used an adoption center to obtain financial support for herself for a few months. For five months, the woman collected checks that paid for her rent, as well as for health and personal care items. The adoption agency became suspicious when the woman refused to have an ultrasound, and they eventually discovered that she was not pregnant and had not been pregnant during the time that she was receiving support from the agency.

The situation began when the woman contacted the adoption center and told them that she was pregnant and that she wanted to put her baby up for adoption. She provided them with a urine sample which tested positive for pregnancy. It is unclear whether the woman tampered with or faked the urine sample. When she got arrested, her medical intake revealed that she was last pregnant a few years ago and that she had had a menstrual period within a few weeks of her arrest.

Adoption agencies are not the only parties who fall victim to adoption fraud. A couple of years ago, a woman from Texas got sentenced to five years in federal prison for committing adoption fraud against a Kansas couple. The woman extracted over twenty thousand dollars from the couple, who agreed to pay her living expenses while she was allegedly pregnant with twins that she told them that they could adopt. The whole scheme was a lie, there was no pregnancy, no twins, and the family was left without those financial resources and without the children that they had dreamed of adopting.

Adoption fraud is heartbreaking, and it is a crime. If you plan to adopt, please take precautions to ensure that you do not become the victim of adoption fraud. One of the best ways to avoid adoption fraud is to work with an adoption attorney. Whether you plan to adopt from an agency or directly from a birth mother, your attorney can ask the types of questions that they need to ask to obtain assurance that the pregnancy is indeed real and that the child will be made available to the prospective parents. If you are using an adoption agency, check the agency’s licensing status to make sure that it is in good standing. Your attorney will know how to approach the issue of checking on the pregnancy throughout its duration. They may schedule visits with the birth mother, and they might order her medical records and ultrasound images directly from her health care providers. Prospective parents have been tricked by ultrasound pictures that were bought on the internet.

Adoption fraud is a serious issue, even though it is not common. The best way to protect yourself from adoption fraud is to work with a Kansas adoption attorney at every stage of the adoption process. If you have questions about adoption, Kansas Adoption Attorney Thomas McDowell may be able to assist you. Please call McDowell Chartered today, at (316) 633-4322 to schedule an initial consultation. 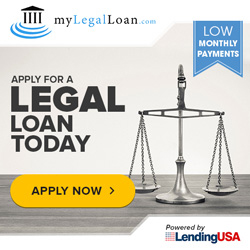